WHAT IS A SEDER DINNER? (sometimes called Passover Meal):  This is a historic Jewish celebration dating back hundreds of years. This ceremonial dinner commemorates the deliverance of the Jews from Egypt after the plagues. Throughout the Seder Dinner, readings and foods on each person’s “seder plate” (students got  to keep their seder plate) are part of remembering and participating in how God delivered His people from the cruel hand of Pharaoh. Most agree that Jesus was celebrating the Passover (Seder) with his disciples in the Upper Room. We were fortunate to have Andrea Levy, from Temple Israel in Jonesboro, leading our Seder (which is good because a large part of our Seder was in Hebrew!). During the Holocaust, despite conditions, Jews found ways of celebrating the Passover as best they could, believing their people would eventually be delivered. Despite the horrors of that time, the Jewish people did not become extinct; however, Nazi power lasted only 12 years. Today Israel is a strong nation.

THE FESTIVE MEAL:  There was a formal dinner midway through the Seder. This included traditional Jewish multi-course foods from soup to dessert. Mrs. Levy shared recipes with our moms that  the kids liked --The brisket was delicious.  The cast met in the G.T. room several times before the Seder to learn table manners for a formal dinner. Today in our culture, we seldom --if ever--sit down to a formal meal with cloth tablecloths and napkins, multiple forks, candles, etc.. This aspect was another memorable learning experience for everyone.

WHAT DID KIDS WEAR?  (THIS WAS SENT HOME TO PARENTS)  "You do not need to buy anything new; however, I would like for girls to wear a dress, if possible, and boys to wear dress pants or khakis. Boys should also wear button up shirts and neckties! In fact, we may have a session on how to tie a necktie! We can provide a necktie for anyone needing one (let me know). Boys and girls will also wear kippahs (sometimes called skull caps) which are usually most often wore by boys at Seder dinners. I have a kippot for each student that he/she  will get to keep. Everyone needs to put on their best. After all, this is a formal dinner with candlelight!"

FLOATING LANTERNS:  At 8:00 (it should be dark then) and after the Holocaust Remembrance ceremony, we will go outside and light large floating lanterns to remember the children of Terezin.

The table decorations and meal were the hard work of many giving moms, who also were servers for the meal

Monies received from the public performances of the play were used for the Seder and the purchase of the large floating lanterns used in the Remembrance Ceremony. 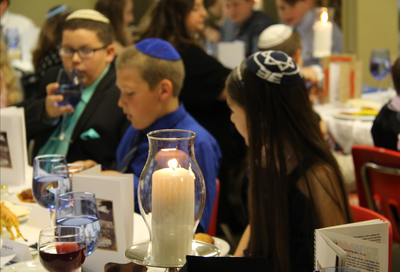 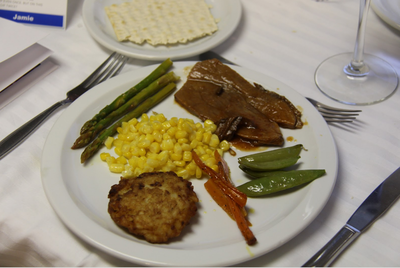 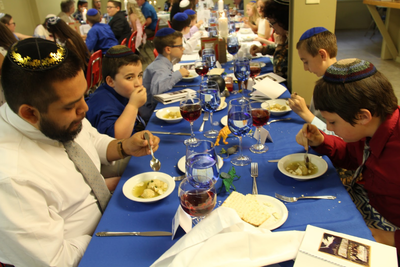 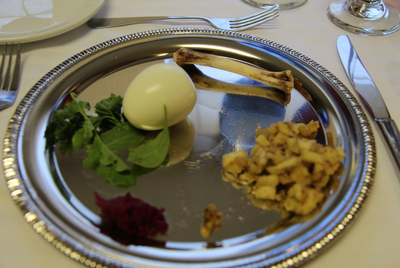 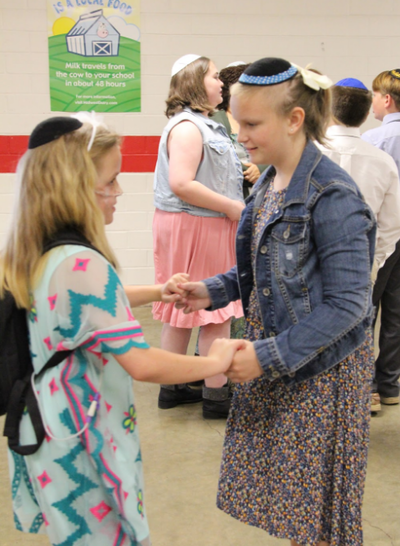 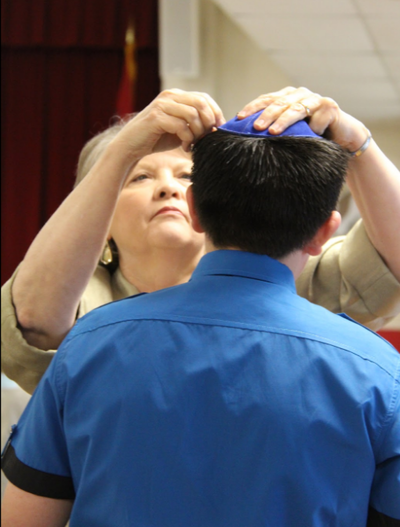 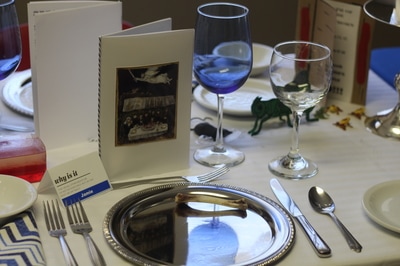 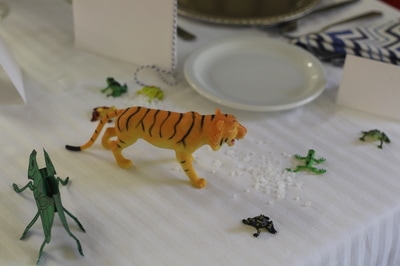 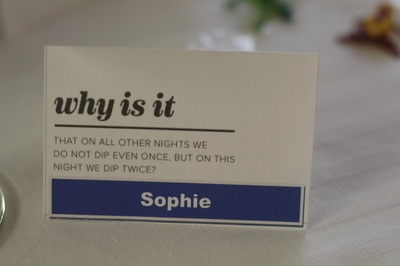 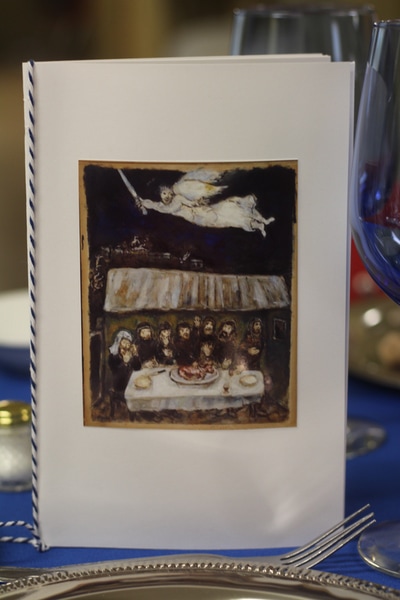 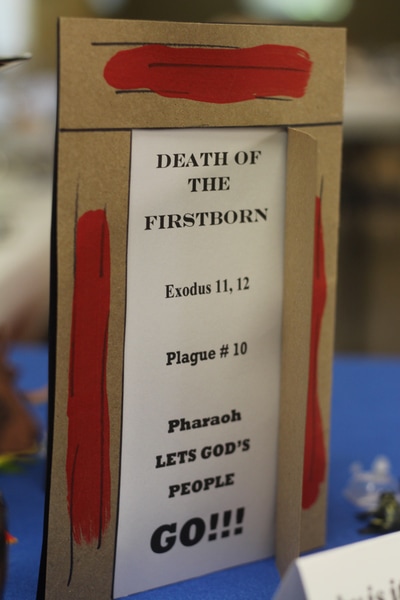 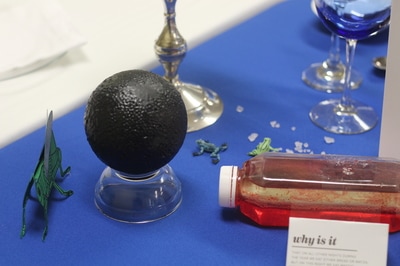 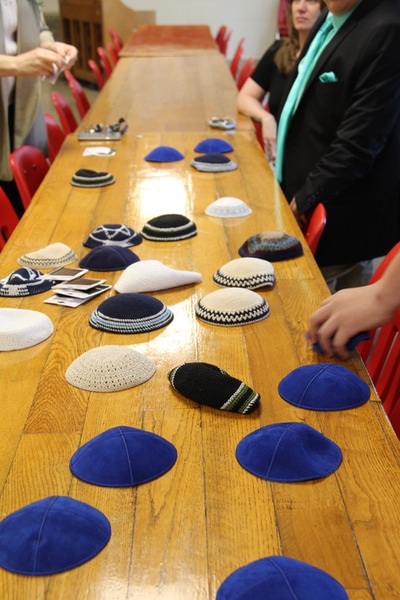 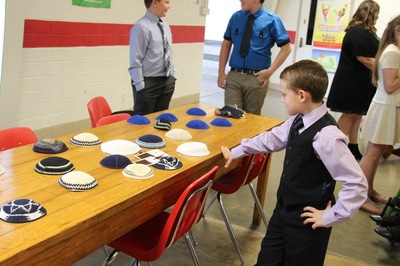 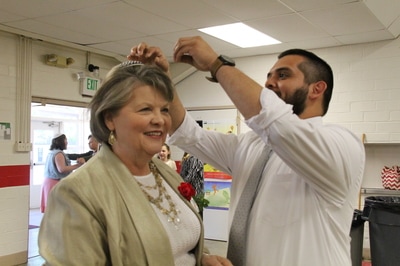 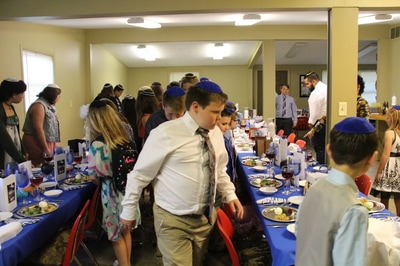 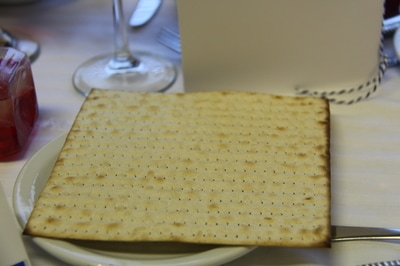 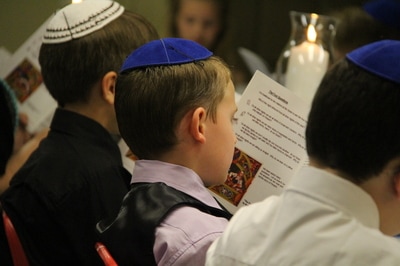 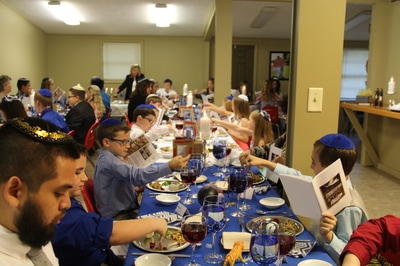 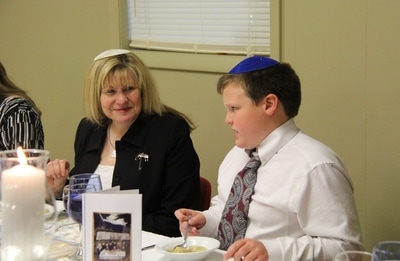 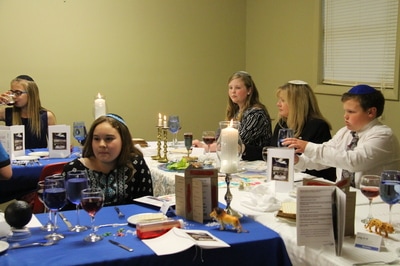 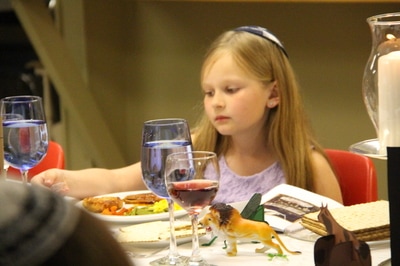 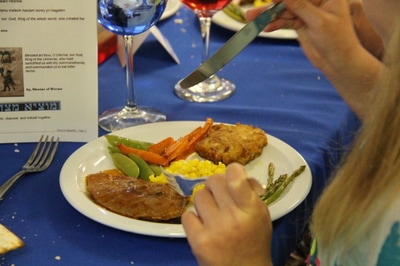 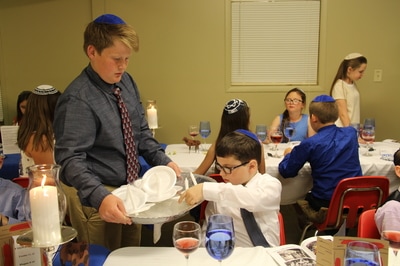 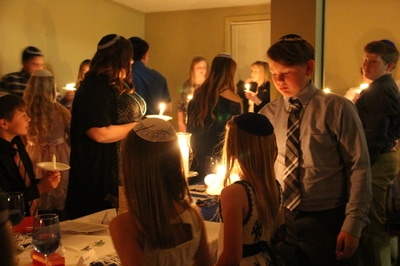 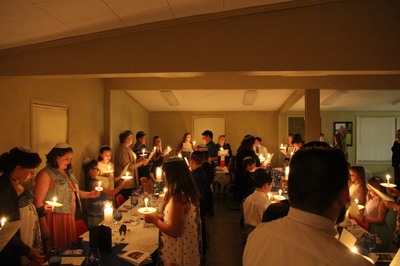 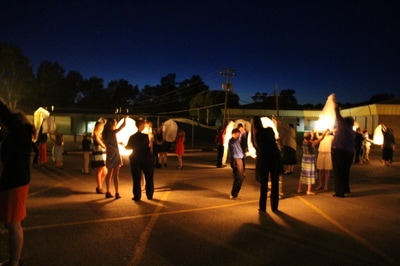 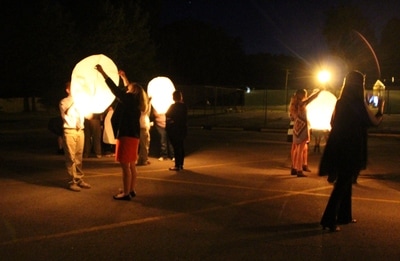 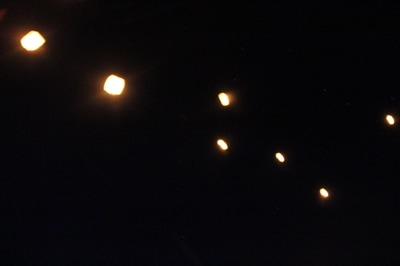 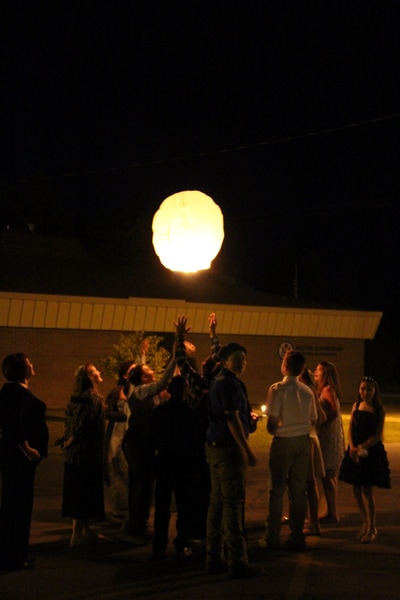